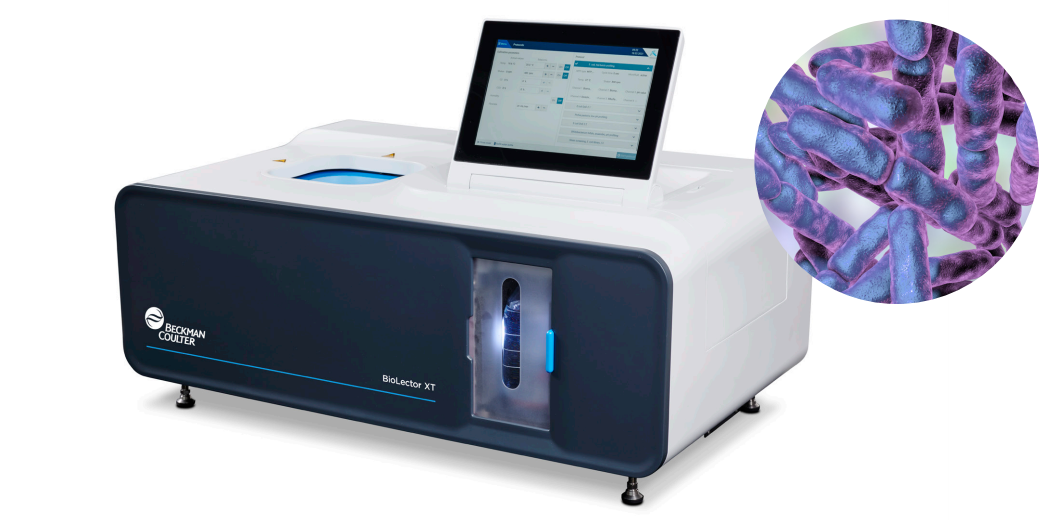 Probiotics are living bacteria that are said to have a health-promoting benefit and biofunctional effects on the human organism. They are commonly used to increase the number of desirable bacteria in the intestine and to regenerate the intestinal flora, for example after antibiotic treatments. That is one reason why the market for probiotics or probiotic nutritional supplements has greatly increased in value 1. The research field of the human intestinal microbiome and its health-promoting benefits is particularly important for the nutrition industry. Therefore, scientific research on anaerobic or microaerophilic cultivation techniques, such as the cultivation of probiotics under microbiome-like conditions, is essential. Probiotics include a whole range of anaerobic bacteria such as Lactobacillus or Bifidobacterium. Among the various probiotic bacteria, Bifidobacterium spp. is one of the most widely used and studied probiotic bacterium species. They are classified as strict anaerobes due to the incapability of oxygen respiration and growth under aerobic cultivation conditions2 an they are a major member of the dominant human gut microbiota.3

They play a significant role in controlling the pH through the release of lactic and acetic acids, which restrict the growth of many potential pathogenic bacteria.4 In the intestinal tract of breast-fed infants, Bifidobacterium is the predominant cell species. It accounts for more than 80% of microorganisms in the intestine.1, 5 There are more than 200 known species of Lactobacillus, the largest and most diverse genus within the lactic acid bacteria that is generally recognized as safe (GRAS) by the US Food and Drug Administration (FDA). Lactobacillus spp. have been deployed and studied extensively as fermentation starter cultures for dairy products or probiotics due to their applied health potential.6 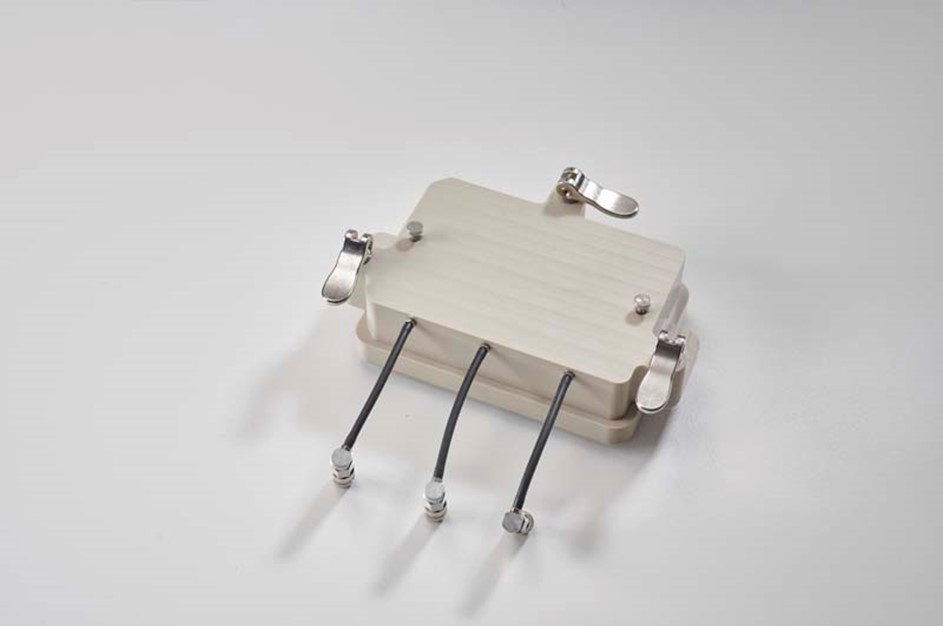 All cultivations of Lactobacillus spp. (Lactobacillus casei DSM 20011 or Lactobacillus plantarum DSM 20174) took place in MRS broth (Carl Roth, Germany) at 37 °C ambient temperature and under anaerobic conditions. MRS broth was enriched with 0.5 g/L cysteine-HCl which serves as reducing agent for oxidation-reduction potential by reducing the residual molecular O2 in the medium. All precultures were performed in a 250 mL Erlenmeyer flask. For this purpose, 20 mL of prepared MRS broth was inoculated with 1 mL cryoculture and then cultivated for at least 24 hours under anaerobic conditions. The main culture was then set to ODstart=1 in MRS broth. Subsequent BioLector XT microbioreactor cultivations were performed in a NextGen-Microfluidic Round Well Plate for pH controlled batch and fed -batch cultivations. The cultivations were conducted at 37°C, 600 rpm and enabled humidity control. The start volumes of the cultivation wells were set to 2,000 µL and the maximum volumes to 2,400 µL. Online monitoring of biomass (gain 3) and the measurement of pH (LG1) and dissolved oxygen DO (RF) were performed by the BioLector XT microbioreactor. A more detailed overview of the fed-batch cultivation conditions of L. casei are shown in table 1.

Anaerobic cultivations of B. bifidum in the BioLector XT microbioreactor

All cultivations of Bifidobacterium bifidum (SinoPlaSan AG, Germany) were performed in MRS broth (Carl Roth, Germany) at 37°C and under anaerobic conditions. MRS broth was enriched with 0.5 g/L cysteine-HCl which serves as reducing agent for the oxidation–reduction potential by reducing the residual molecular O2 in the medium. The preculture cultivations took place in a 250 mL Erlenmeyer flask. For this purpose, 20 mL MRS broth was inoculated with the content of one capsule and then cultivated for at least 24 h at 37°C under anaerobic conditions. The main culture was set to ODstart=1.0 in MRS broth.

For the main culture in the BioLector XT microbioreactors pH-controlled batch and fed-batch cultivations at 37°C, 600 rpm, enabled humidity control, online monitoring of biomass (gain 3), pH (LG1), and DO (RF) were performed. A more detailed overview of the fed-batch cultivation conditions of B. bifidum are listed in table 2.

Layout settings in the NextGen-Microfluidic Round Well Plate

All fed-batch cultivations took place in the NextGen-Microfluidic Round Well Plate (Figure 2). 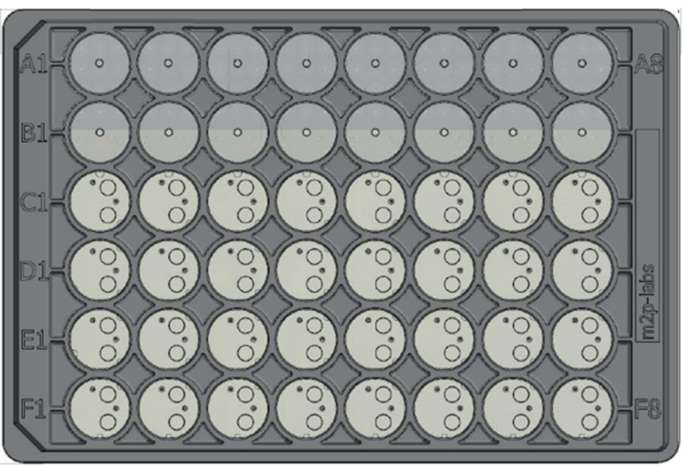 Figure 2. Schematic illustration of the NextGen-Microfluidic Round Well Plate

Row A contained 1,900 µL of the glucose feed solution and row B was filled with 1,900 µL of the pHadjusting agent. In the BioLector software the pump volumes were adjusted to 0.30 µL for aqueous solutions (3 M NaOH) and to 0.16 µL for the more viscous feed solution (500 g/L glucose). In all fedbatch experiments, the feeding was time triggered and the feed profile was set to a constant feed with 4 µL/h. The pH control was set to pH 6.0. The anaerobic conditions during all cultivations in the NextGen-Microfluidic Round Well Plates were achieved by using the BioLector XT microbioreactor gassing lid, which was attached to the MTP after it was prepared and sealed with the gas permeable sterile silicon foil (F-GPRSMF32-1).

Fed-batch cultivation of Lactobacillus casei in the BioLector XT microbioreactor 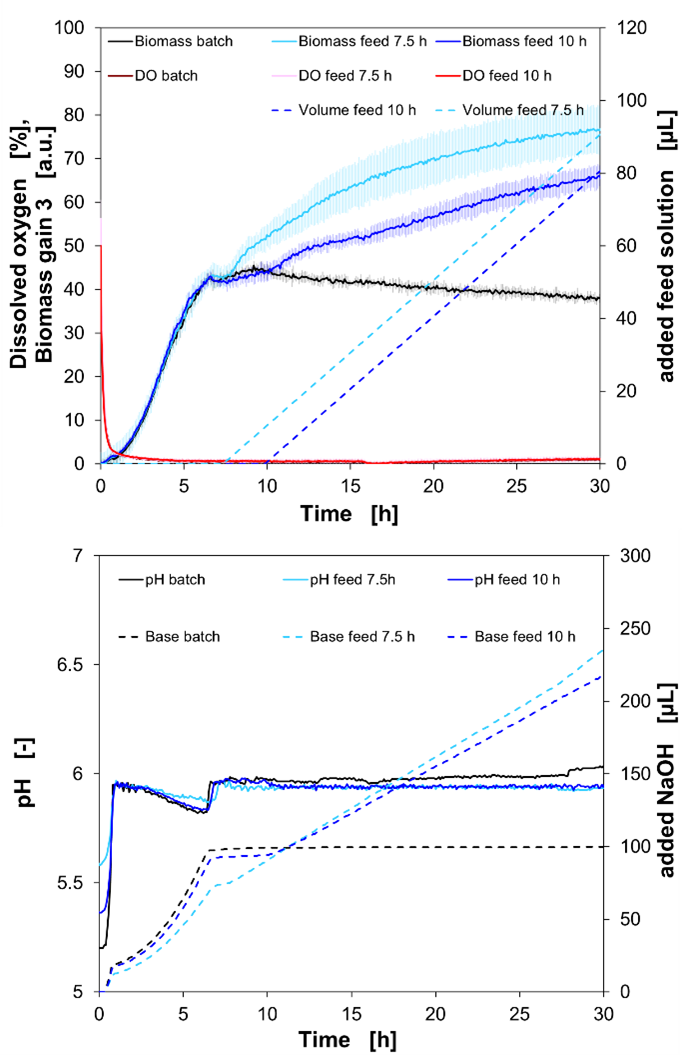 Here, three different process setups were applied: a batch cultivation and two fed-batch cultivations. One with a feed start after 7.5 hours and the other with a feed start after 10 hours. With a continuous flowrate of 30 mL/min N2, the DO decreased steadily. After 45 minutes, a DO below 5% was reached and decreased further. After 4.5 h the DO reached below 0.5% and continued to drop towards 0%. With the initiation of the stationary phase of the culture at around 6.7 hours, the exponential growth stops, and the biomass signal was 42 a.u. in all three culture approaches at this timepoint. The batch culture grows further slowly to a maximum of 44 a.u. at 9.5 hours then it steadily decreases to a final biomass signal of 38 a.u. at the end of cultivation. An increase in the biomass signal is correlated with the addition of the feed solution. As soon as the feed starts, an increase of the biomass signal is visible. The final biomass signal for the 7.5h-fed-batch process was 76.3 a.u. and for the 10h-fed-batch process, it led to a final biomass signal of 65.5 a.u. after 30 hours. The values for the added base solution are growth correlated. The addition of 3 M NaOH was stopped with the initiation of the stationary phase because no further bacterial acid production took place due to no growth. In the case of the constant addition feed solution, the acid production continued and thus, base was further needed to maintain the pH set point value of pH 6.0.

To sum up, this experiment shows that the BioLector XT microbioreactor is a suitable device for anaerobic cultivations due to its gassing lid and the successful application of pH-control and feeding at the same time with direct anaerobic gassing.

Maintaining anaerobic conditions during the whole cultivation time is an important requirement in case of the cultivation of oxygen sensitive organisms. In the following experiment, an external oxygen sensor (FTM Pst6 Sensor/Fibox 4 trace, PreSens Precision Sensing GmbH, Germany) was installed at the gas outlet of the its to validate the technical functionality of the BioLector XT microbioreactor gassing lid and to prove the tightness of the gassing lid and thus, the anaerobic atmosphere.

In Figure 4, the experimental data of a batch cultivation of Lactobacillus plantarum (L. plantarum) are shown. In the upper graph the online biomass signal is shown, (gain 3) and in the lower graph, the online signal of dissolved oxygen in the culture broth and the oxygen concentration in the BioLector XT microbioreactor gas outlet, the online pH signal as well as the added NaOH volume for the pH-control are shown.

After a lag-time of 2.86 hours, the exponential growth started. The final biomass signal was 155.865 a.u. (OD600 = 9.01 ± 0.07) after 7.96 hours when the stationary phase was initiated. During the growth of L. plantarum, lactic acid production took place. That acid formation growth is correlated to the added NaOH volume to maintain pH 6. With a continuous flowrate of 30 mL/min N2 the DO decreased steadily. 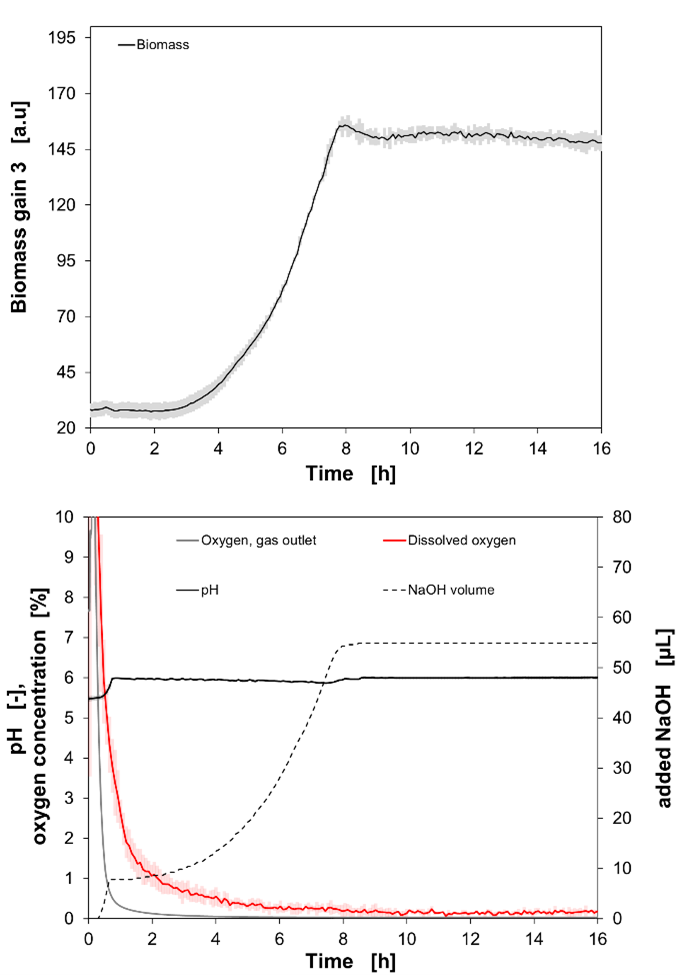 After 39 min, a DO below 5% was reached and decreased further. After 4 hours, the DO dropped further below 0.5% and continued to drop towards 0%. The external sensor showed a final oxygen concentration of 0.029% after a cultivation time of 16 hours.

With this cultivation example, the technical functionality was validated, but the fact that Lactobacillus spp. can also grow under aerobic conditions and can even metabolize oxygen is not sufficient evidence for the biological validation of anaerobic cultivation in the BioLector XT microbioreactor. Therefore, the strict anaerobic Bifidobacterium bifidum was cultivated. The successful cultivation of this strain serves as the biological validation for anaerobic cultivations in the BioLector XT microbioreactor. In Figure 5, experimental data of a batch as well as a fed-batch cultivation of B. bifidum is shown. In the upper graph, online signals of biomass and the added feed volume is plotted against the cultivation time. In the lower graph, the online (optodes) signal of pH and DO, as well the added volume of 3 M NaOH and the oxygen signal of the external gas sensor in the gas outlet of the BioLector XT, are presented. 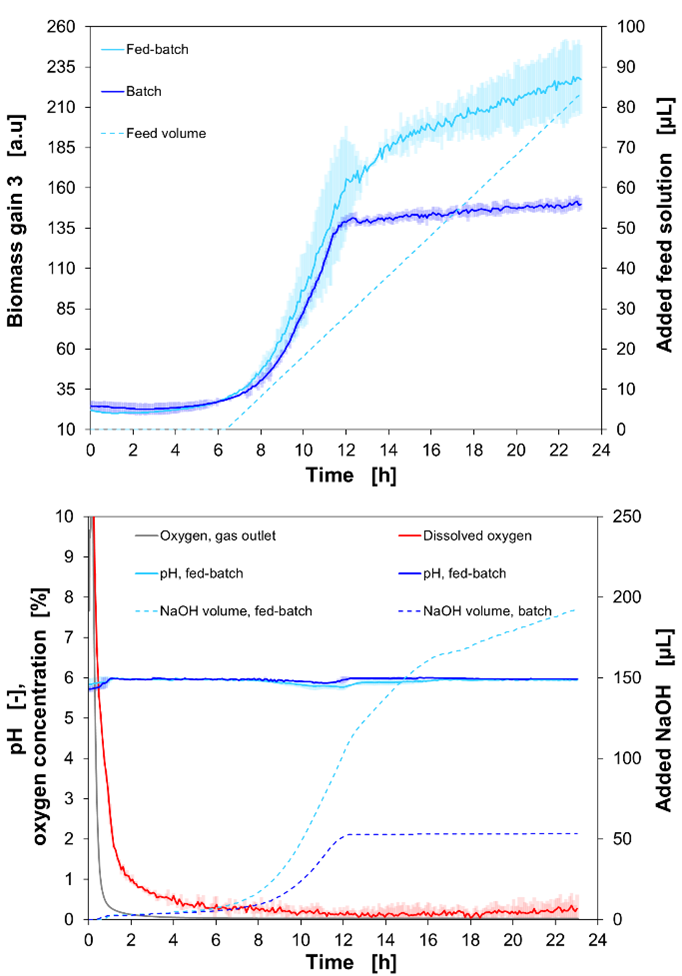 Figure 5. Cultivation of B. bifidum using the gassing lid in the BioLector XT microbioreactor in biological duplicates.

After a lag-time of 2.4 hours, the exponential growth started and for the batch culture the biomass signal reached a final value of 147.57 a.u. (OD600 = 8.3 ± 0.57). In contrast to the batch culture, an extended exponential growth phase is observable. This phenomenom is caused by a higher amount of glucose in the medium as the feed already started after 6 hours. After 23 hours of cultivation, a maximum biomass value of 227.3 a.u. (OD600 = 15.93 ± 0.69) was achieved. During the growth of B. bifidum, lactic acid production occurred and its growth correlated, which is observable in the curve of the addition of NaOH to maintain the pH at pH 6. In total, 193.56 µL of 3 M NaOH were pumped into the culture broth. With a continous flowrate of 30 mL/min N2, the DO decreased steadily. The external oxygen data already described for the first 16 hours since the cultivation of L. plantarum (as described earlier) and B. bifidum were gained simultanously in the same BioLector XT microbioreactor run and thus, the same MTP, gassing lid and external gas sensor were used. It is observable that the DO signal slightly increases from 18 hours, which could be explained by the technically conditioned signal drift of the oxygen optodes with a drift at 0% oxygen of < 0.5% O2 per day. The data of the external oxygen sensor showed a value of 0.029% oxygen in the BioLector XT microbioreactor gas outlet after 23 hours confirming that the anaerobic cultivation conditions were maintained over the entire cultivation time. In conclusion, we show a successfully conducted cultivation experiment of an anaerobic organism in the BioLector XT microbioreactor. In combination with the m2p-labs microfluidic chip technology and the direct nitrogen gassing via the gassing lid, the simultanous performance of pH control, feeding and direct nitrogen gassing is no longer a challenge in small scale cultivations.

To sum up, we show the technical and biological validation of the cultivation of probitotics like Lactobacillus spp. and Bifidobacterium bifidum in the BioLector XT microbioreactor in combination with its anaerobic gassing lid. The m2p-labs microfluidic chip technology combined with the direct nitrogen gassing of the MTP via the gassing lid enables the simultanous performance of pH control, feeding and direct nitrogen gassing in small scale cultivation systems. It is a suitable system for the cultivation of anaerobic bacteria.

Interested in the BioLector XT?
Request more information below