A scheduled system update will be performed from 8 PM PST Thursday, May 19th to 8 PM PST Sunday, May 22nd. During this timeframe, customers will not be able to place orders online. Please contact lsecommerce@beckman.com for assistance. We appreciate your patience while we continue to improve the online experience at beckman.com.

The Future of AUC: unbound potential once more 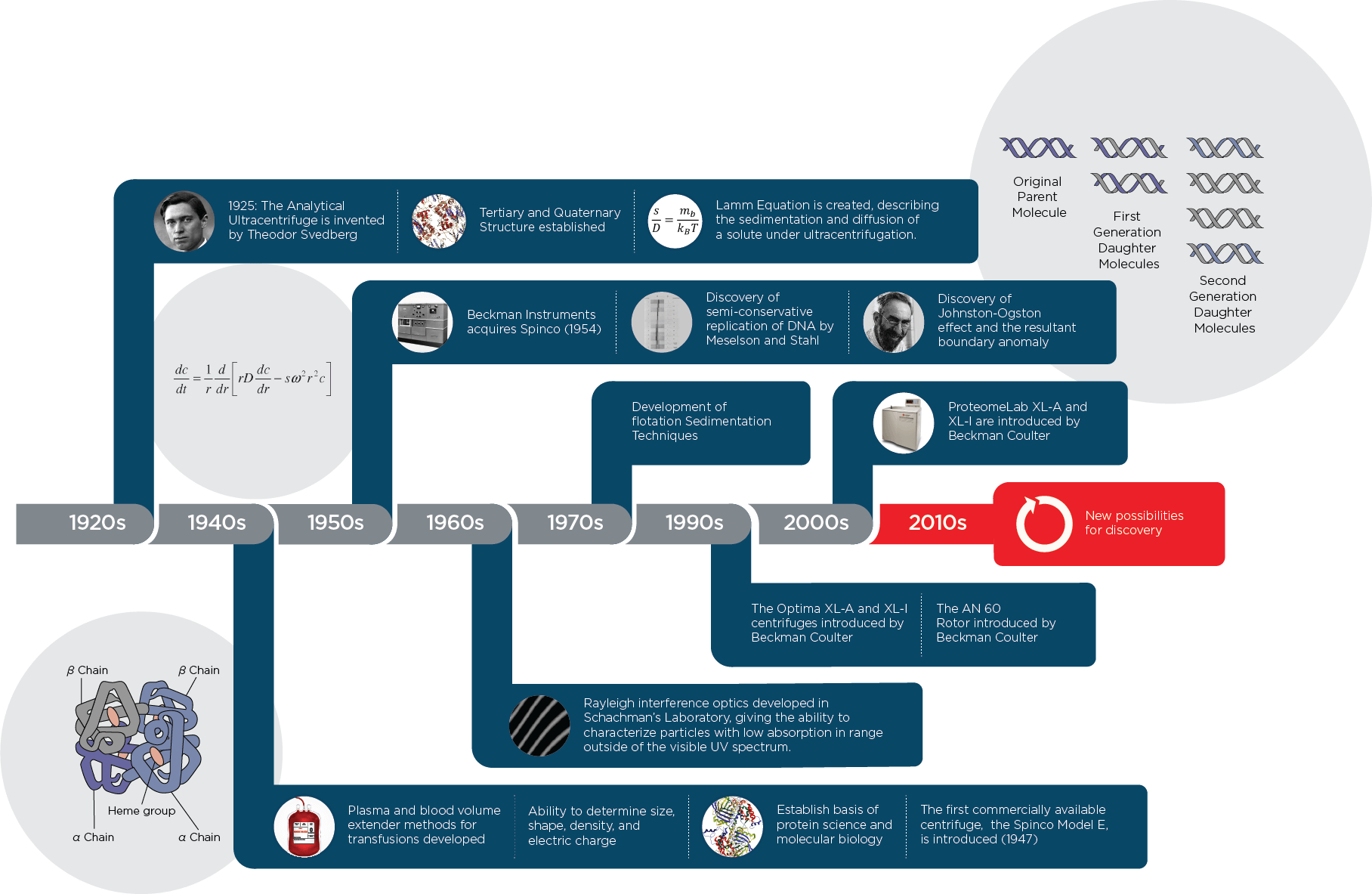 Today, AUC has applications in virtually any scientific discipline, including:

While the majority of AUC experiments are conducted using sedimentation velocity (SV) or long-column sedimentation equilibrium (SE) methods, numerous specialized techniques have also been developed, including:

That’s an average of more than 42 papers a years since Théodor Svedberg built the world’s first analytical ultracentrifuge in 1923.

Not bad for an analytical technique that’s seen its share of highs and lows during the ensuing nine decades.

As for the next nine decades, it’s onward and upward for AUC.

Oops. The page you wanted could not be found, so we brought you to something similar. If you still can't find what you want, try searching our site instead.